Learning to direct compassion towards myself has had the most remarkable far reaching effects on my life. It has changed literally everything that I do, what I think about, what I read and watch, and the people I spend time with. I am still getting my bearings with it all.

My eating habits have gradually changed to being much more healthy. Now I might have a lightly done vegetable stir fries for lunch instead of a bacon roll, a pure fruit smoothie for breakfast instead of eggs on toast, and a very light evening meal. And I have become almost entirely vegetarian other than some occasional fish or chicken.

Moving away from meat was not a conscious decision and it has not happened as a result of a new belief. The lack of animal welfare in the meat industry has always disturbed me though but like most others I managed to brush it aside and accepted it as part of an imperfect world. Now the actual feeling of eating flesh is not so pleasant, and the feeling in my body after it. I don’t get that heavy full up feeling with vegetables and fish.

The change over has happened slowly and naturally as I have learned to listen to what my body wants driven by a desire to be kinder towards myself. Its simply that I am attracted towards lighter food and often raw food. I am observing all this with curiosity.

I am enjoying looking after myself. The change in eating habits is part of that, as is the increasing amount of exercise that I just ‘find’ myself doing. I have been swimming each morning for over a year now, and recently have increased my nature walks to twice daily, morning and evening. They are just short, as my 12 year old dog cant manage much more. To make up for walking less I bought a bicycle the other day. I have been out twice on it, and what a joy to whizz along. We have marvellous wide pavements where I live so I dont even have to go on the roads.

Feeling self compassion has changed my business in a very positive way. Because I no longer feel that I deserve to struggle and suffer, I have created a much smoother and more affluent path for myself and the men working for me. I advertise more so get more clients, I charge more, and I have raised their hourly rates. We are all happier. I have a savings account for tax and a savings account for myself. I feel more secure. I barely have any stress now, which is a massive difference to a few years back when when tension and worry were constant companions.

There used to be a destructive belief sitting in the background somewhere, that I didn’t deserve to exist, and that I should somehow apologise for existing, or diminish myself in some way. These beliefs attracted difficulty, struggle and even self abuse (mostly by self medicating with cigarettes and wine for me). Those beliefs were greatly soothed using self compassion, and now when they rear their heads they are given a cuddle.

Friends, well I barely have any left! My old friends reflected where I was in my relationship with myself. Others who believed they deserved suffering and struggle, whose lives were full of repeated cyclical dramas as mine was. And there were those who did not treat me well, which reflected me not treating myself well. And also maybe they are a little more released from those patterns from not having me around to reinforce their patterns of drama too! It seems that people reinforce each other’s behaviour.

I have one friend I am having trouble letting go of. I have quite an attachment and it troubles me a bit…but I am leaving it longer and longer before contacting him, so perhaps it will naturally decline on its own.

So at the moment I spend a LOT of time alone. This is a little difficult for me as I enjoy company, but I am mostly not fighting it. I imagine that new others will emerge when the time is right. Or maybe they won’t, and I get used to being on my own and that is okay too. I have been accepting social invitations recently that have opened up a new type of people to mingle with. Successful people in business, talented musicians, and people who are doing well in life. I seem to fit in there and keep being asked back.

I am existing in a relatively suffering free way, though there is suffering being experienced getting used to this smoother path. I am feeling compassion towards myself in this too. I have been so used to struggle, striving to be a ‘better’ person, for ‘spiritual growth’ personal awareness…and now its all stopped dead. No more seeking. I have it all in this present moment, and moment to moment. No need to try and ‘get’ anywhere. And so now there is a huge amount of wide open space. Silence. Freedom. Such a big space that I constantly feel an urge to fill it with something, but I don’t know what with, other than walks, swims, cycles a bit of work, the odd social encounter.

Why do I want to fill this space with something? The brain does not like and is not used to being in an acquiescent state, it is uncomfortable with it. Compassion for this brain!

Is all very different. Getting used to not suffering is the new theme. And watching out for the sabotage of bringing in suffering because it is what I am used to/feel I deserve. That isn’t happening much now, but I keep an eye open for it.

The picture was from yesterday’s walk. 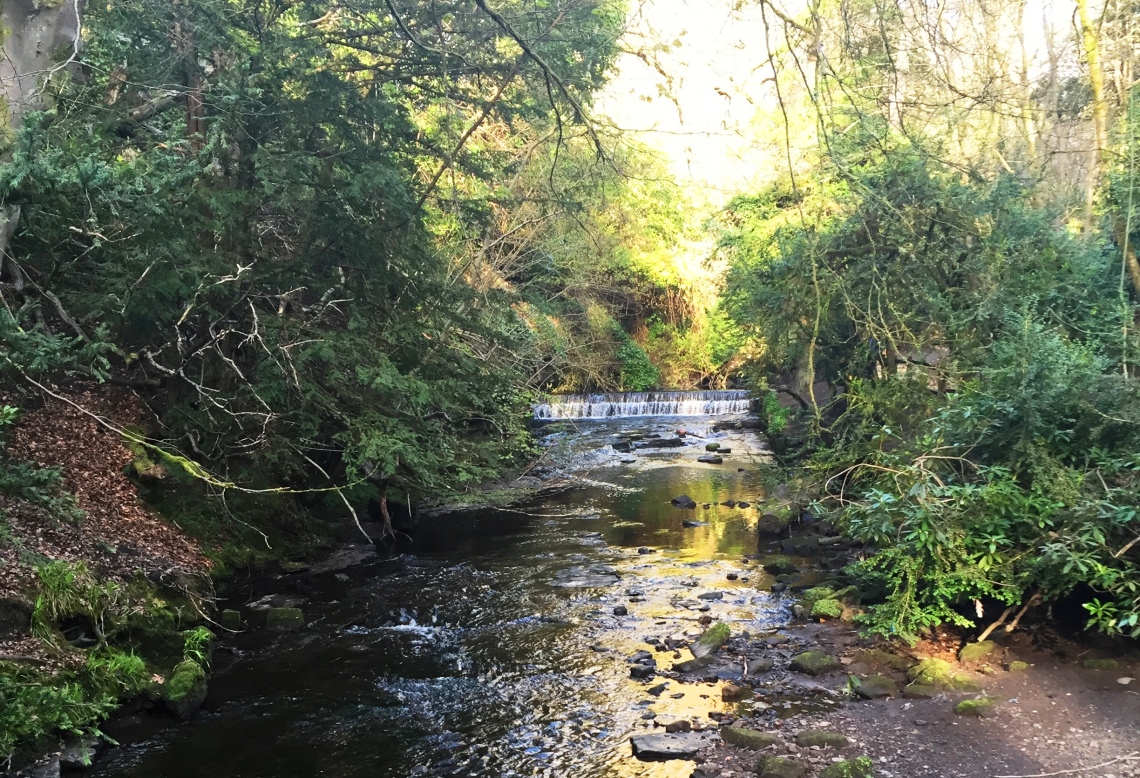